Posted on 5 December 2011 by Propagandum

On April 27, 1982, less than two months before his death from cancer, John Cheever appeared at Carnegie Hall to accept the National Medal for Literature. While his colleagues stood and cheered (“John had nothing but friends,” said Malcolm Cowley), Cheever hobbled across the stage with the help of his wife, Mary. Months of cancer treatment had left him bald and pitifully frail, shrunken, but his voice was firm as he spoke. In his journal he’d referred to this occasion as his “Exodus” and reminded himself that literature was “the salvation of the damned”—the lesson of his own life, surely, and the gist of what he said that day at Carnegie Hall. “A page of good prose,” he declared, “remains invincible.” As John Updike remembered, “All the literary acolytes assembled there fell quite silent, astonished by such faith.” (Blake Bailey, Cheever: A Life, New York: Alfred A. Knopf, 2009, p. 3)

I forget exactly how I found this quote – internet serendipity. I don’t know how it makes you feel, but I want to cry, cheer and rush off to buy a copy of one of his books. I don’t know much about John Cheever but I wish I did, and I will. 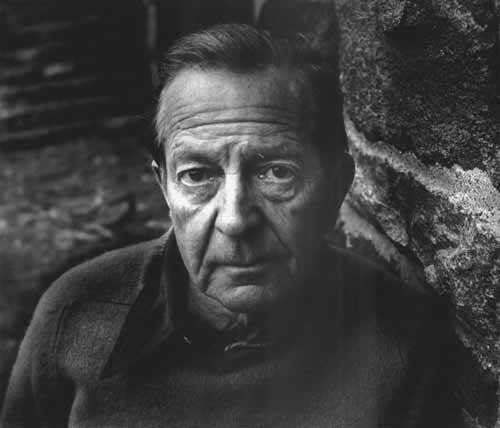 The dignity and strength of what Cheever has to say reminds me of the title of Val Wilmer’s book about jazz, As Serious as Your Life – prose (just like music) is not something casually to do with aesthetics or ‘style’ – it is a re-enactment of a complete and unique life, a fullness of being-in-the-world. At its best, as Cheever suggests, it is how a life could be.

Readers of a previous post about Derrida will also know that, like William Blake, I have an ‘Angel, who is now become a Devil, [who] is my particular friend; we often read [a book] together in its infernal or diabolical sense, which the world shall have if they behave well’ (‘Marriage of Heaven and Hell’, in Blake: Collected Poems, edited by Geoffrey Keynes, London: Oxford University Press, 1966, p. 158). According to this style of reading, my angel/devil has drawn my attention, in Cheever’s quote, to the word page.

I doubt, by the way, if Cheever was really thinking about pages in my very literal sense at all. All I know is that this sentence would be less impressive if it said ‘a paragraph of good prose remains invincible’ – it would sound too precise. ‘A screen of good prose’ would be absurd – and an e-book on a smartphone would have hardly any text on it. The only word that will work is page. It is a familiar container that is loose enough to hold an amount we can understand as simply ‘quite a lot, but not too much’. How humane and generous of Cheever to allow a page of prose to be good, even invincible; for a whole book to be so would be tyrannically perfectionist.

I don’t think familiarity is the only reason why page still works so well here. I suggest there is something about the pages of a codex (a book on paper) that is a very good fit to the nature of our bodies and minds, specifically our capacities to perceive. In the middle of maximal e-book hype I thought it would be interesting to explore what, how and why this is. A brick, for example, is a piece of building material specially produced to a size that allows us to hold it in one hand without tools. Too small, and it wastes the builder’s time; too big, and we cannot lift it. A spoon has to be large enough to hold something worth eating but small enough to get in our mouth, and rounded so it doesn’t knock against our teeth. The core formats are outside and beyond the dictates of cultural contingencies such as fashion or personal preference. A book (a codex) comes in a wide range of sizes, but is usually holdable and turnable by some creative use of our hands; or if laid flat, one hand can turn the pages while the other writes. It is always transportable by one person – but so is a papyrus scroll or an e-reader. So what is it about codexes and pages that keys in to our mind? What is it about our mind that codexes and pages key in to?

What can we humans fully grasp? I suggest that our deepest experiences must be in or through the body – not, of course, that we can have any other kind of experience. And case you’re thinking ‘Here comes the dualism, any minute now …’, a brain is part of our body too. Consciousness is always mediated by our senses, language, media … My starting point is Protagoras’ dictum, ‘Man, the measure of all things’. To illustrate, I shall try to be playfully literalistic about ‘measure’: a yard is expressive of our stride. An inch in French, pouce, is the width of a thumb; my foot (in shoes) is exactly 12 inches long. An Ancient Egyptian cubit was the length from elbow to fingertip. But we cannot intuitively grasp, even by our formidable human cognitive powers of making ‘things-in-themselves’ into ‘things-for-us’, that a ten-millionth part of the quadrant of the Earth is a metre. The metre is effectively an abstraction. (‘Grasp’, 30 words ago, even if the rest of the sentence is highly abstract, is rooted in physical experience and therefore easier to grasp[!] than ‘understand’ or ‘comprehend’.)

Even though our decimal counting system is based on our digits, any procession of numbers is cognitively featureless and difficult to remember, like a filing cabinet full of folders all the same colour. We might try to memorize pi by learning a story whose words were the right number of letters long; some people apparently imagine different colours or textures. For Jorge Luís Borges’s astonishing ‘Funes the Memorious’, ‘In place of seven thousand thirteen, he would say (for example) Máximo Perez; in place of seven thousand fourteen, The Train; other numbers were Luis Melián Lafinur, Olimar, Brimstone, Clubs, The Whale, Gas, The Cauldron, Napoleon, Agustín de Vedia. In lieu of five hundred, he would say nine …’ (Labyrinths, London: Penguin, 1970, p. 93). Yet credit card numbers are spaced in clusters of four digits because – this has been properly tested – we panic at seeing lots of numbers together, and read them out wrongly. Numbers are chosen, however, to be easy for machines to process. And our digital age has nothing to do with fingers at all, though perhaps people who like being busy with their fingers find texting and keying satisfying. Our capacities of intuition – our default mode of consciousness – are massive but almost unrecognizable to the part of our mind whose awareness is supposed to include awareness of ourselves. It seems amusing to us if anthropological studies of the X people in Y rainforest reveal they have a counting system that goes ‘one, two, a lot’ but psychological tests show that we in the West – with highly developed literacy and numeracy – cannot readily distinguish between six and seven objects.

The principles of consciousness that are true for numbers are even more important for words. In the communication business we have to design our messages to fit in with people’s capacity to understand, in specific contexts, by means of particular media. We have to have a model of human perception and cognition. Like a carpenter with a block of wood, we have to work with the grain of what we have and who we are.

I’ve been working in book publishing for over 30 years – an industry now in rapid transition. So I’m interested in foundational principles for media, writing and language – what lessons can we learn for how we can and should communicate? How can we make sense of media/technology? Can we transfer some skills from the old to the new? I hope to share (every week-ish) some things I think are wonderful, rich and important. I write longish posts because our complex and fascinating world cannot be reduced to soundbites. Please let me know what you think – contact me at david@propagandum.com
View all posts by Propagandum →
This entry was posted in Publishing, Writing and tagged Books, Cheever, Codex, E-books, Page, Publishing, Reading, Writing. Bookmark the permalink.