The politics and poetics of the apostrophe

Great apostrophe disasters of 2012, volume 26: a few weeks ago I read an op-ed piece about love and money on the front page of one of the UK’s major national newspapers, The Guardian. It was written by eminent contemporary novelist Jeanette Winterson. It contained this sentence: ‘Wealth became the avatar of love; it’s sinister flashy alter-ego.’ (The error is lovingly preserved here.)

I was initially disappointed that (1) a literary person wrote this and (2) professional people, guardians – the newspaper’s name – of quality, should be so bad at their job. Yes, this is probably not what Lord Leveson had in mind when, at the beginning of his inquiry into press corruption, he said: ‘The press provides an essential check on all aspects of public life. That is why any failure within the media affects all of us. At the heart of this Inquiry, therefore, may be one simple question: who guards the guardians?’ Of course it is important not to hack into people’s private phone conversations, but George Orwell would also claim that the writing of those who would hold political power is an early-warning x-ray of the nature of their regime. Poets – ‘the unacknowledged legislators of the world’, at least according to the poet Shelley – have a different kind of power. In the visionary world of the poetic, Dante (The Divine Comedy, edited and translated by Charles S. Singleton, Princeton University Press, 1973, Paradiso 33.85–93) beautifully imagines paradise as pure meaning, as a book:

In its depth I saw ingathered, bound by love in one single volume, that which is dispersed in leaves throughout the universe: substances and accidents and their relations, as though fused together in such a way that what I tell is but a simple light. The universal form of this knot I believe that I saw, because, in telling this, I feel my joy increase. 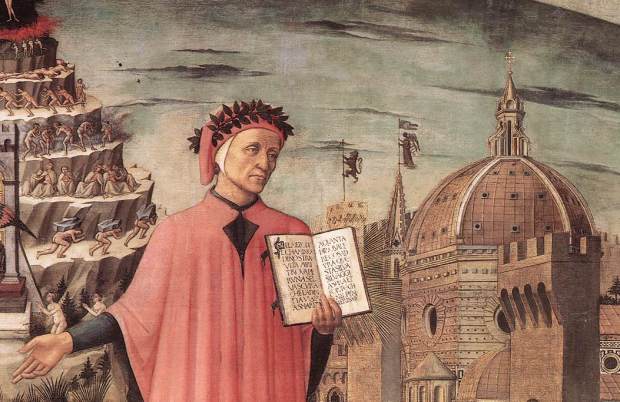 Detail of Dante Alighieri (1265–1321) holding open the beginning of La divina commedia, with (fifteenth-century) Florence to the right and the mountain of purgatory to the left. Painting by Domenico di Michelino, Florence, 1465. Image from Wikimedia Commons

In this vision of perfection – and the book publishing industry really ought to be able to monetize its products’ reputation for paradisal quality – it’s difficult to imagine any bad apostrophes. Hell for me, though, is full of signs like these.

Instead of complaining, like a good psychoanalyst we need to look at what apostrophe problems are really trying to say to us. If we can hear we can perhaps understand; if there is no cure, at least we can try to be wiser.

The current apostrophe catastrophe seems to me highly and honestly expressive of some extraordinarily important contemporary questions. I hope this doesn’t sound too bizarre – please be patient! They include:

Following on from point #1, the names of some of the biggest brands in the UK follow no fixed pattern: Sainsbury’s and McDonald’s take one, but Harrods and (controversially) Waterstones nowadays do not, nor does (do?) Barclays. Waterstones’ position seems rather sensible and generous, and expressive of an organization under new ownership and brave leadership, although it does rather sound as if its response to the onslaught of the Amazon online business model has already thrown the physical book baby out with the Tim Waterstone bath water:

Waterstones without an apostrophe is, in a digital world of URLs and email addresses, a more versatile and practical spelling. It also reflects an altogether truer picture of our business today which, while created by one, is now built on the continued contribution of thousands of individual booksellers.

Broadly, though, I think there is an increasing nuance of embarrassment that an apostrophe in brand names inhibits buyers from identifying (‘engaging’) with the brand. It implies curtly that Sainsbury’s, for example, is owned by the eponymous family, even though the Qatari royal ditto have slightly less than double (28%) the Sainsbury family shareholding (15%). Note, however, that ‘ownership’ is rapidly acquiring a purely emotional sense: ‘I feel positive about the products of this company therefore I have a sense of ownership.’ I make no value judgement about the realism of this position except to suggest it is not sustainable. My feeling, though, is that affective ownership, including the notion of stakeholding, is an important trend we will see much more of in the future. Aficionados of the ngram as a barometer of social change can follow the relative fortunes of stakeholder, brand and engagement here.

Note the missing apostrophe expressively confuses possession of objects and the plural – is Waterstones singular or plural? It is a repeated claim in this blog that the history of industrial production, distribution and exchange is formative of the very thoughts we think – and the humble apostrophe takes us there. In prewar consumerism a few huge companies sold the mass-produced one to the many, but marketed as if the many were just one. In truth, I don’t think we can ever truly imagine ourselves to be ‘like’ anybody else, so the paradox of mass individuality is, paradoxically, never experienced as a paradox. I used to work at the Reader’s Digest, which prided itself on the placement of its apostrophe before the s. Its founder, DeWitt Wallace, chose to speak to the individual not the masses. This was not a barrier to a multimillion international circulation. His direct mail strategy was fully personalized, so anyone reading the selling letter could believe (if we wanted to) it was addressed directly to us. This seemed to be the American way: e pluribus unum. This led Wallace to support both Nixonian/Republican politics and a complete ban (from 1922!) on smoking advertising: I think the Spanish edition was the only Digest ever to run adverts for cigarettes. But the formerly radical magic of direct mail personalization and direct-to-door distribution looks pale and slow in the age of Google’s anticipatory individualization, though I wonder if it ever had an effect on Jeff Bezos. Would a hypo-apostrophic Readers Digest fix a fading brand? (I am being facetious.)

The so-called greengrocer’s apostrophe (Potato’s, Cauliflower’s) is probably an unconscious copying of corporate variations. But Samuel Johnson, in his guise as ‘harmless drudge’, quotes his contemporary (and the highly literate) John Arbuthnot’s phrase about vulcano’s:

From Samuel Johnson's Dictionary of the English Language (1755)

And very few people would argue that I’ve dotted the i’s and crossed the t’s is not a perfectly reasonable use of the apostrophe.

More speculatively, potato’s is also a witty inversion of the Heideggerian distinction between things-in-themselves and things-for-us. Just as Toys ’R’ Us vertiginously confuses/fuses object and subject, the vegetables speak of a Looking-Glass world where they own us. Theodor Adorno warned us in the 1930s about reification, a channel now so well worn we feel little incongruity about aspiring to be an object … 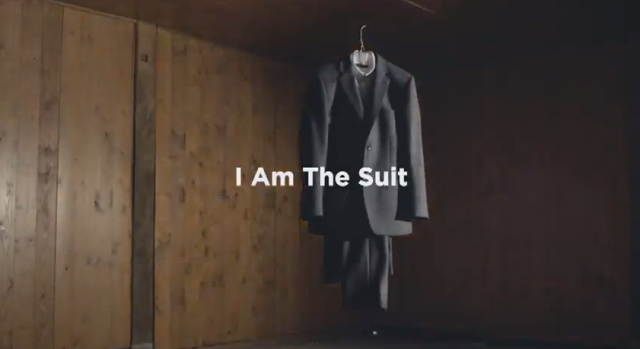 Jeanette Winterson’s it’s is insecure too about the difference between people and things. It confuses the ontology of objects (it’s, it is) with the active human imagination that things might own something else (its, the possessive impersonal pronoun). In her sentence ‘Wealth became the avatar of love; it’s sinister flashy alter-ego’, we are in reality and on the surface intended to imagine that love has a sinister flashy alter-ego, not that it is one. Her mistake may have slipped through because it enacts her point – being is more authentic than having – with more honesty and vividness than the ‘correct’ meaning. We see the writer is actually no different from what she says about us. We like this.

WordPress clears these things up automatically (hmm …), but on the principle that it is better to light a candle than to curse the darkness, here, according to Wikipedia, is how to enter typographic apostrophes on a computer:

The biggest number of apostrophic marks I can string together without sounding too artificial is a quote of some dialogue (about John Ford’s play) in an imaginary novel: “‘“’Tis Pity She’s a Whore”’s on at the National,’ said Kate.” Can anyone think of any more?

I’ve been working in book publishing for over 30 years – an industry now in rapid transition. So I’m interested in foundational principles for media, writing and language – what lessons can we learn for how we can and should communicate? How can we make sense of media/technology? Can we transfer some skills from the old to the new? I hope to share (every week-ish) some things I think are wonderful, rich and important. I write longish posts because our complex and fascinating world cannot be reduced to soundbites. Please let me know what you think – contact me at david@propagandum.com
View all posts by Propagandum →
This entry was posted in Business, Writing and tagged Apostrophe, Brands, Dante, Engagement, Leveson Inquiry, Meaning, Punctuation, Reader's Digest, Search, Stakeholder, Waterstones. Bookmark the permalink.